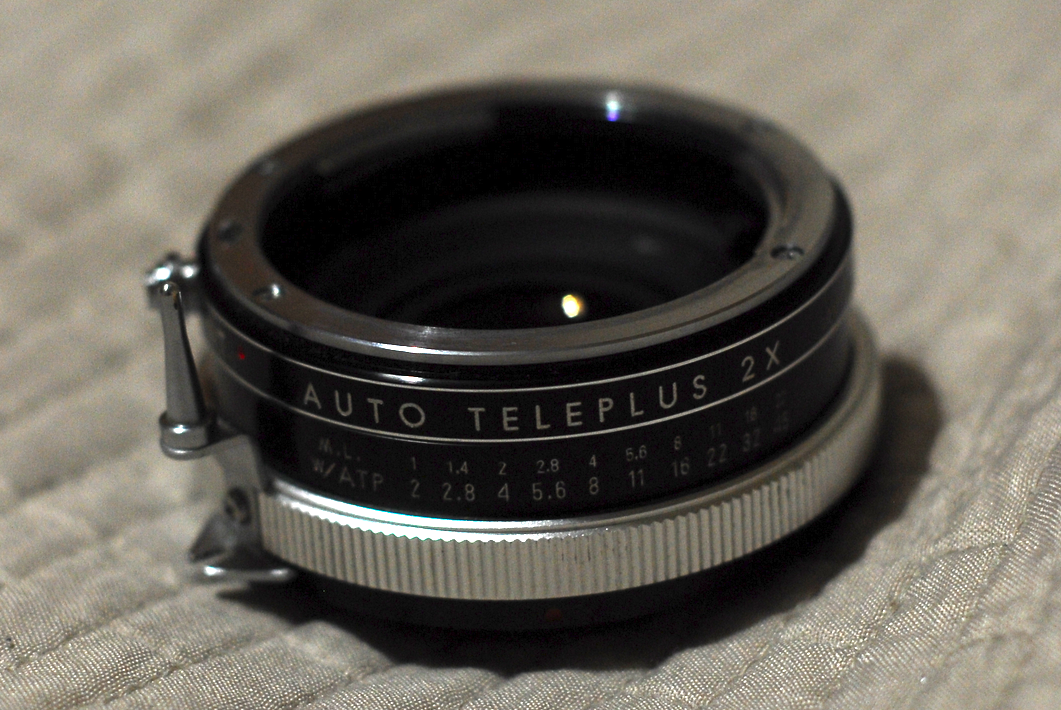 Made in Japan. This teleconverter fits on NIKON F cameras. It is a MF thing, however it has automatic aperture control as stated in its name “AUTO”. It increases focal length by the factor of 2. It came with a very elegant zipping pocket. It has a metal prong that joins lens aperture setting to the converter and then to camera if fitted with apropriate mechanics.

I can mount my AI/S lenses but cannot mount my NIKKOR 50/2 due to excessive length of mounting bracket on the lens which goes to far into converter. Lens at 150mm with this converted will be 300mm. 210mm lens will go at 420mm. Amount of light is lessend by the factor of 2, same as focal length but to the opposite side. In case one have f/3.5 on the lens, now it will be f/7 at least. I think that there might be even less light available.

Regarding build quality. It is quite decent. Glass and metal. Regarding optical quality, it is above my expectations. I though that it gonna be somehow bad or really bad as it was inexpensive purchase. However it very good or good light it is usable. In low light better keep at home.

At higher magnification it looks like above. Same level of details. This show superiority of Nikon over Vivitar in that case. It simply has better resolution.

How to import files into darktable